DTLA tells the story of a diverse group of friends, all at crossroads in their lives. Darryl Stephens stars as Lenny, a civil litigation attorney who reunites with his college friend SJ during the breaking point in her marriage and while his own long-term relationship with Bryan starts to crumble. Also in the mix are Kai, a young teacher obsessed with hooking up with his celeb crush; Marky, a young Marine cadet, and his boyfriend Matthew, a newcomer to LA who will stop at "nothing" to make it as an actor; and Stefan, an outspoken lawyer struggling to make his relationship work with his much younger boyfriend Trey after finding out about his secret life. 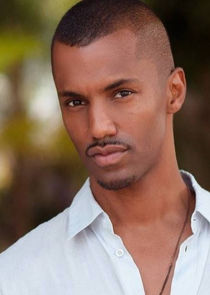