"Germany's Next Topmodel" is a German reality television show. The competition is hosted by Heidi Klum, who also serves as the lead judge and executive producer of the show. Each yearly search of Germany's Next Topmodel has 10 to 17 episodes and starts with 12-25 contestants. Each episode, one contestant is eliminated, though a double/triple elimination or no elimination was given by consensus of the judging panel. Makeovers are administered to contestants early in the competition (usually after the first or second elimination in the finals). 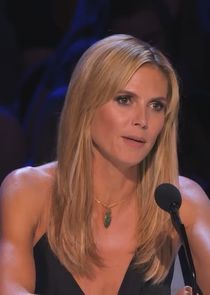