Darkroom is an American television thriller series that aired on ABC from November 27, 1981 to January 15, 1982. It is an anthology horror/thriller series, similar in style to Rod Serling's Night Gallery. Each 60 minute episode features two or more stories of varying length with a new story and a new cast, but each episode wraparound is hosted by James Coburn.

The omminous introduction of the show: "You're in a house—maybe your own, maybe one you've never seen before. Do you feel it? Something evil. You run, but there's no escape, nowhere to turn. You feel something beckoning you, drawing you into the terror that awaits you in the darkroom!"

The Rarest of Wines 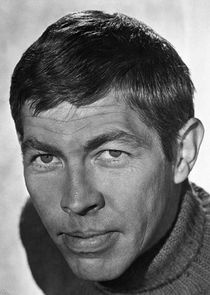