Bondi Rescue follows the work of the elite professional Lifeguards who patrol Australia's busiest beach - 365 days a year. With helicopter footage and behind the scenes access, get side-by-side the lifeguards as they put themselves in danger to help save others.

The head lifeguard expects his team to give it everything they've got. But with a maximum eight lifeguards on duty at any one time, and over 40,000 beachgoers on a summer's day, the question arises 'is everything they've got enough'? Performing around 2,500 rescues each season and with crowds exceeding 2.5 million people per year, the team certainly has their work cut out for them. The tight knit group work and play together, keeping each other in check and their feet planted firmly on the ground. Experience the action through the eyes of lifeguards as they deal with everything from shark scares to mass rescues, resuscitations, lost children and thieves.

It's been a year like no other at Bondi Beach. Beach marshals work with the lifeguards to check numbers and enforce social distancing, but it's a challenge the lifeguards are only too keen to accept. 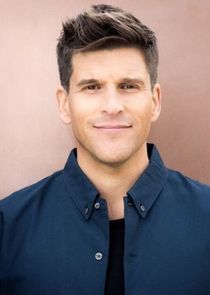