Former Formula 1 mechanic, Marc "Elvis" Priestley, gets up close to some of the world's most fascinating amateur motorsports.

Elvis was one of McLaren Racing's top mechanics, helping the team become Formula 1 world champions. Now, he's after a new challenge: he's going back to basics, taking his F1 know-how to some of the most extraordinary amateur motorsports on the planet. These include tractor pulling in the UK, car spinning in South Africa, hopping low­‐riders in Mexico, folk racing in Sweden, drag racing in Cuba, and long-­tail boat racing in Thailand.

Travelling thousands of miles, Elvis takes his specialist knowledge to each grassroots racing scene, and works with local auto experts to build superior vehicles for competition.

With little time, limited funds, strict guidelines and foreign motorsports, the likes of which he has never seen before, Elvis will not only attempt to transform these motors into winners, but also thrill the crowds and honour the traditions along the way.

Take a wooden boat designed to carry rice along the Thai waterways – then customise it with engines cannibalised from motorbikes, cars or jet skis. The result? A boat that hurtles along at 90mph, piloted by madcap racers with no helmets, safety harne… 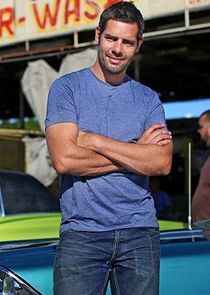