In the hour-long The Island, internationally acclaimed adventurer and survivalist Bear Grylls gives the modern American man the ultimate challenge: Can a man of today's world survive on a deserted island without the luxuries - or even the basics - of contemporary everyday life?

The Island, based on the hit Shine TV-produced Channel 4 U.K. series of the same name, doesn't include any of the usual reality show trappings. There are no prizes. No eliminations. No winner. No camera teams. The entire series is filmed by the men themselves. The six episodes will show 14 American men isolated on a deserted island with only the clothes on their backs and minimal survival tools, committed to filming every moment themselves.

These 21st-century American men, who are accustomed to roofs over their heads, restaurants and the benefits of technology, are stripped of all modern conveniences and catapulted back to the basics. They must hunt for food, source water, erect shelter, build community and try to survive using only their strength, determination and know-how. All of the men, including a stay-at-home dad, a trauma surgeon, a firefighter and a criminal defense attorney, have something to prove to themselves and each other. This experiment takes them to the very edge of human endurance. They will test their physical, mental and emotional limits and fight for their very existence.

The Things That Really Matter

With the end in sight, the divide between the camps comes to a head. Finally, after a 28-day struggle to survive, Bear Grylls returns and faces a group of truly changed men. 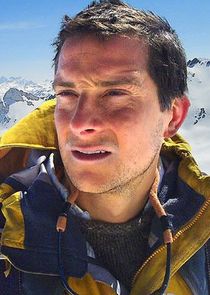