For those intrigued by life's curiosities, Comedy Central and comedian Hannibal Buress will give you the answers! The #1 brand in comedy has greenlit eight episodes of the weekly, half-hour series, Why? With Hannibal Buress, it was announced by Kent Alterman, President, Content Development and Original Programming, Comedy Central. "Hannibal keeps asking us 'why' so we just told him to go find out and we'll air it," said Alterman. "I'm extremely excited to help Comedy Central sell advertising," said Buress. Executive produced by Buress, Jeff Stilson ("The Chris Rock Show" and "Da Ali G Show") and Dave Becky of 3 Arts Entertainment, "Why? With Hannibal Buress," celebrates Buress' hilariously brilliant off-beat voice and point-of-view. If it's in the zeitgeist, Buress will address it, providing his unique perspective on each week's topic, answering the burning questions on his mind through stand-up, filmed segments, man-on-the-street interviews and special, in-studio guests. "Why? With Hannibal Buress" will be a weekly, half-hour series shot in front of a studio audience and each episode will tape the same week it airs.

Hannibal and Kate Plus 8

Hannibal takes to the streets of L.A. to find out what his fans want him to do on the season finale, holds a comedy roast for a baby and welcomes musical guest Lupe Fiasco. 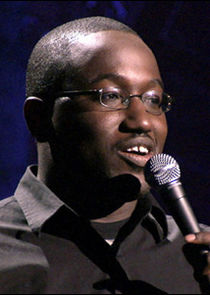