An incredible lineup of celebrity chefs and the introduction of kids as contestants for the first time ever spice up the second season of "Food Fighters," the high-stakes culinary game returning to NBC on Thursday, July 2 at 8/7c. It's the perfect recipe for the ultimate food battle when the best amateur cooks in America put their signature dishes to the test against five professional chefs, with the chance to win as much as $100,000. Television personality, author and food enthusiast Adam Richman ("Man Finds Food," "Fandemonium") hosts the series that takes culinary sparring to an exciting new level.

"Food Fighters" has only featured adult contestants competing against the pro chefs... until now. This season, kid chefs are also added to the mix, showing off their incredible culinary skills while racing against the clock to try and beat some of the most formidable chefs in the country. In a series of compelling, tension-filled showdowns, a top-notch amateur home cook will face off one by one against five professional chefs from every corner of the world. In the final round, he or she will compete against a celebrity chef, and Season 2 features high-profile chefs Rocco DiSpirito, Nadia G., Lorena Garcia, Duff Goldman, Eric Greenspan, Antonia Lofaso, Brian Malarkey, Aaron McCargo Jr., Marcel Vigneron and Fabio Viviani.

Armed only with recipes for their best signature dishes, kid contestants and adult players will square off against an expert chef who will have to cook the same dish but with no advance notice of what the dish will be. The completed dishes will then be sampled in a blind taste test by culinary judges known as "The Dinner Party." After the two competing dishes are tested, the verdict determining the winner is given to the host.

If the home cook wins, he or she earns a cash prize. Even if they don't win, home cooks still get to face off again against another culinary expert, climbing a money ladder with increasing cash prizes for every professional chef they knock out. Any amateur cook who wins each of the five rounds will walk away with $100,000. It's the ultimate food fight, pitting amateur cooks against the most formidable culinary pros in America to see if they have what it takes to beat the very best.

A married stay-at-home Mother of three from Washington tries to win $100,000 going up against culinary experts specializing in everything from Latin dishes to global cuisine before facing off against acclaimed celebrity chef Marcel Vigneron. Adam Ric… 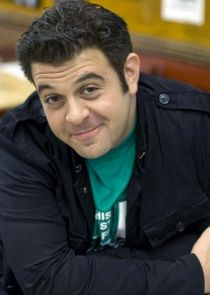