Opening the World War One commemoration season on the BBC and produced in partnership with the Open University, this landmark new documentary series Britain's Great War, presented by Jeremy Paxman, explores how Britain and the lives of British people were transformed by the Great War. There had never been a war like it. It was the first ‘total war' and it blew apart the certainties on which British society rested. Focusing on extraordinary personal stories to illuminate often cataclysmic events, each episode charts a different stage of the war: from initial optimism; to frustration; to the exhausted, poignant celebration of victory. It was the first war in British history in which men were conscripted to fight, civilians had their homes bombed, and every family feared a knock on the door bringing terrible news. Governments took for themselves powers they would never have imagined.

At the Eleventh Hour

Jeremy Paxman describes how the country came to the very brink of defeat in the last year of the war. Grieving parents held seances to contact their dead sons, surgeons battled to rebuild the faces of the wounded, and a maverick MP tried to pin the b… 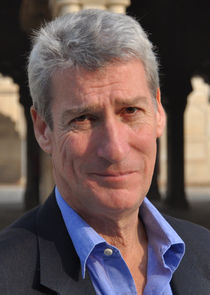