Carrie and her brother Nick are evacuated to Wales during the Second World War. They stay with the bullying Mr Evans, and his gentle but weak sister, whom they call "Auntie Lou." The children befriend another young evacuee, Albert Sandwich, who is staying with Mr Evans' other sister, the dying Mrs Gotobed. They also befriend Mrs. Gotobed's husband's relative, Mister Johnny who has cerebral palsy, and her housekeeper, Hepzibah. The housekeeper tells the children about a curse on the family which concerns a skull kept in the library. According to the tale, the curse would activate if the skull is removed from the house. Carrie keeps going to look at the skull, even though she did not like the look of it.

On the morning they are due to leave, Carrie discovers a new side to Mr Evans - and there's a surprise as they head back to London. 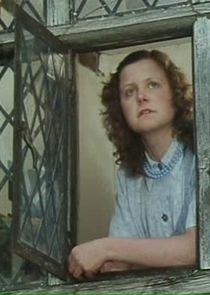