Get to know the stars behind some of the year's best performances and most celebrated films as AXS TV and the Los Angeles Times partner on the new interview series The Envelope—premiering in a special marathon event on Wed., Feb. 8, at 5:30pE/2:30pP. The five-part series gives viewers behind-the-scenes access as L.A. Times journalists sit down with the major stars of the awards season in an intimate roundtable format. AXS TV is the exclusive broadcast home for the series, while short-form videos will be available exclusively on the L.A. Times website and social platforms. The five-part series will encore on Wed., Feb. 15, starting at 5:30pE/2:30pP. 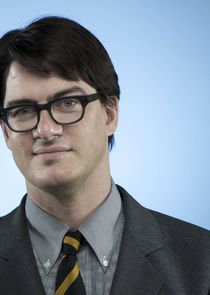 as Himself (Lead Moderator)