In "Rusty's RockFeast: Backstage with Zac Brown Band", Chef Rusty, Southern Ground's Executive Chef, tours across the U.S. with Zac and the band, cooking up southern cuisine in a state-of-the-art, 18-wheel mobile kitchen named "Cookie." At every tour stop, Chef Rusty and his rock-star culinary team prepare for their famous "Eat & Greets," an intimate, one-of-a-kind, sit-down meal for a few hundred fans of the Zac Brown Band.

Get ready to see the entire meal process, beginning with Chef Rusty and his team arriving in a new city on the band's tour. The culinary team then only has a few hours to source all the ingredients needed for the meal. They explore local farms and markets, and with each menu improvised on the spot from the freshest ingredients available that day, every tour stop presents a new set of obstacles for Chef Rusty and his intrepid team to overcome. To make sure the fans have an experience they won't forget, they never serve the same menu twice.

The Ten Best Bites on Tour

After returning home and getting a little rest, Chef Rusty and his crew get together to break bread and reflect on all the amazing Eat & Greets as they count down the 10 best bites on tour from Season 1. 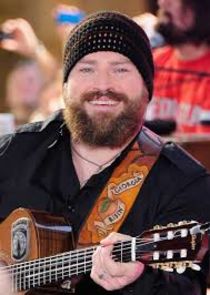