Presented by Lord Ashcroft, Heroes of the Skies is an ambitious, ground-breaking programme that tells the stories of some of the most heroic airborne combat missions from history. Using vintage aircraft such as Spitfires fighters and Lancaster bombers, aerial stunt teams and state-of-the-art camera technology, the series brings to life the exploits of the world's greatest military air heroes. The series features realistic mid-air combat sequences, revealing interviews with the last surviving veterans, rare archive footage and cutting-edge CGI to transport viewers back in time to experience the reality of air combat. 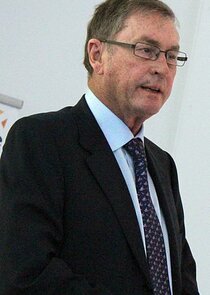 as Himself (Lord Michael Ashcroft)