Mick Rock (aka, "The Man Who Shot the Seventies"). Today, Mick is as in-demand as ever; photographing legends-in-the-making like Snoop Dog, Daft Punk, The Killers, Cee Lo Green, and the Black Keys, among many others, but this summer, he'll come out from behind the camera to host his own show: On the Record with Mick Rock.

Featuring guest stars Josh Groban, Kings of Leon, The Flaming Lips and Patti LaBelle, On the Record with Mick Rock goes into each of the artists' hometowns to check out the sights and sounds that inspire them. A unique spin on the musician profile series, the show's stripped-down style and Mick's unapologetic rapport with his guests produces candid conversations and musical performances not usually seen on television.

GRAMMY® Hall of Fame artist Patti LaBelle takes Mick on a personal tour of Philadelphia, visiting the theater that launched her career and stopping by her childhood home where she first found her voice with a broomstick microphone. After grabbing a b… 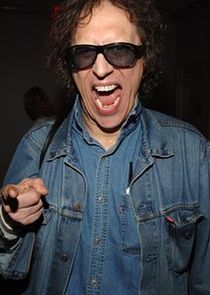