Julia Davis heads an impressive cast in Nighty Night, a dark comedy/drama series which she also wrote. The series could be described as a West Country version of Fatal Attraction. It centres on Jill, a woman with an obsession, who is the co-owner of a suburban beauty salon. She has other things on her mind, though, namely the handsome doctor who lives in the house opposite with his wife, a wheelchair user. Jill claims her hospitalised husband is dying of a terminal illness and so descends on the life of the unfortunate couple and refuses to leave. The series won a Banff Award and Davis won a Royal Television Society Award for her performance and got a highly positive reception from TV critics.

Cath has given birth to a daughter, and Don has plans which don't include staying in the marriage. Jacques and Bluebell are starting to realise that Floella may not be the lady they think she is, and Glen, hell-bent on revenge, is getting closer. How… 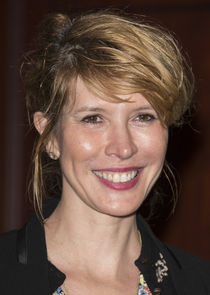