Kodera Masao, the president of Japan's largest newspaper has finally reached a decision. He has assessed that the sale of his newspaper, which is a symbol of Japan, to a foreign investor is inevitable after a sharp decline in circulation and faltering advertising revenue. The buyer is Aoi Sota, the president of a big US online retailer called AMC. Then Kodera suddenly passes away and Shinzato Akira succeeds him. Negotiations begin. However, progress is harder than expected. The demands are extreme and the newspaper is at the mercy of a seemingly tyrannical Aoi. In truth, Aoi was a former newspaper journalist and closely connected with Shinzato. What is Aoi's true intention in acquiring the newspaper? And is this the start of the breakdown of the "established system" which supported post-war Japan's press and was even deeply engaged in politics. 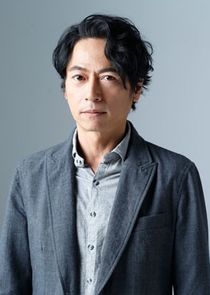