VH1 is going back to Cali for the second season of Love & Hip Hop: Hollywood. Premiering on Monday, September 7 at 8PM*, the new cast is willing to lay it all on the line, striving to leave a permanent mark on the music industry despite sacrifices they may be forced to make. Devoted to pursuing their dreams in both career and romance, these artists must strike a balance between work and play against the backdrop of the Hollywood Hills.

This season of Love & Hip Hop: Hollywood will explore one of the most complex relationships in franchise history. Miles, a west coast rapper, who was raised with church values bravely faces his truth, when he realizes he's in love with Milan, an openly gay man. The struggle becomes complicated for Miles because his best friend and childhood sweetheart, Amber, is still in love with him. The season follows Miles and Milan's difficult and emotional journey as they deal with the stigmas often associated with intimate relationships between black men in the music industry.

On the conclusion of the Love and Hip Hop Hollywood Reunion, the cast checks Brittany B about her career, A1 and Lyrica try and resolve their relationship troubles, and we say goodbye to one of the OGs of the Hollywood cast. 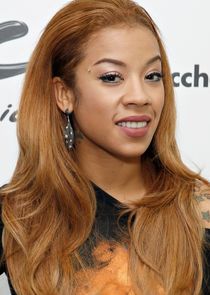