Spider-Man has learned what it means to be the ultimate hero. He's fought alongside the Avengers and led a team of heroes at S.H.I.E.L.D. Academy. But now that Spider-Man's greatest enemies, Doc Ock, Hydra, and the Sinister Six, are working together to destroy him and S.H.I.E.L.D., Spider-Man requires a special new team: a team of Spider put together by Spider-Man himself including Agent Venom, Iron Spider, Kid Arachnid, and Scarlet Spider! Spider-Man will need all his power, and his knowledge, and all his friends to stop the Sinister Six and Hydra.

Peter Parker must find a way to stop Doctor Octopus and the Superior Sinister Six from destroying all of the heroes in New York and taking over the world. 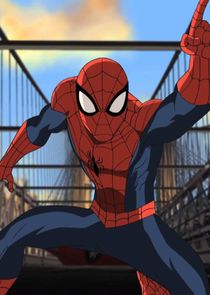