From newcomers Chris Bran and Justin Chubb comes This Is Jinsy, a truly original comedy about the eccentric residents of the fictional island of Jinsy.

Packed with surreal sketches and catchy songs, each episode follows the adventures of the islands pompous Arbiter Maven (Chubb) and his beleaguered assistant, Sporall (Bran), as they enforce the wishes of The Great He, and generally find trouble at every turn.

Based in the Great Tower in the parish of Veen, Maven and Sporall keep a close eye on the residents of Jinsy all 791 of them. Life on the island, you see, is rather Orwellian: each colourful member of the community, from local folk Dribbler Melody lane to weather monk Tracee Henge, is monitored by a surveillance system of tessellators (1,067 of them to be precise). But with their own lives as chaotic and unpredictable as a musical vest (dont ask), are they really the right men for the job?

Bouncing from one brilliantly bizarre moment to the next, This Is Jinsy is wonderfully oddball comedy that has all the makings of a cult classic.

Should you enjoy the show (and we sincerely hope you do), you might wish to whet your whistle some more. In which case do check out the This Is Jinsy page on iTunes. You might also wish to increase your knowledge of the island and its inhabitants, in which case take a look through our residents gallery before popping along to Jinsy island's own official website, where you can get to know the peculiar rock and the even more peculiar folk who live on it in greater detail. 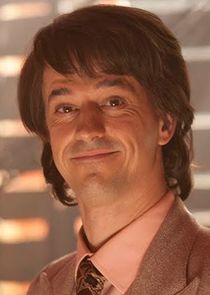 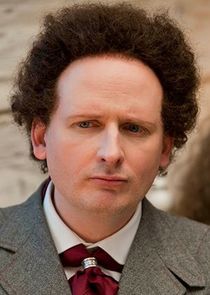