Join HISTORY in uncovering potentially one of the most incredible treasure hauls of all time. Lost Relics of the Knights Templar follows one of the world's most prolific yet unknown treasure hunters, Hamilton White, and his long-time friend, Carl Cookson, as they trace the origin of an amazing hoard of relics – believed to have belonged to the legendary Knights Templar. Until today, no major items belonging to the Knights Templar – the medieval Special Forces of Christendom, made famous by The Crusades – have ever been recovered. However, Hamilton and Carl believe they have at last discovered what everyone else has been looking for – a treasure trove of artefacts which reveal who the Templars were, how they worshipped, and why they were targeted, imprisoned and wiped out by Papal decree in 1307. Alongside Hamilton and Carl's journey, the story of the Templars will be told by historians, including presenter and best-selling author of ‘The Templars: The Rise and Spectacular Fall of God's Holy Warriors', Dan Jones. 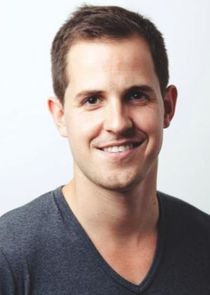