Michael Parkinson was a showbiz veteran on BBC1 hosting his talk show. After his first few series he had already interviewed many a star from the time and had built up a fan base. People liked his interviewing technique where he would take a step back and let the guests say what they wanted to say. Although Michael began to be unhappy, after his Saturday 9pm slot kept having to be changed because of the football. So ITV decided to make him an offer he couldn't refuse, he would be able to continue his famous talk show, at his normal slot yet on ITV1. He agreed. Parkinson has just finished his second ITV series, and has interviewed such stars as Lauren Bacall and Bob Geldoff. With rumours afoot that he could possibly be hosting a special interview with the latest royal couple Charles & Camilla, the show looks like it will continue to maintain the success it had done on BBC1. 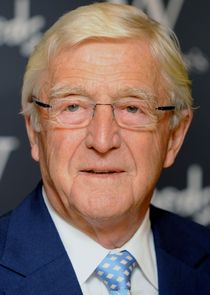