Warwick Davis is joined by his family for this new series about holidaying in Great Britain. As a keen ‘staycationer', Warwick loves nothing more than spending time in Britain rather than travelling abroad, however his family don't feel quite the same way. Over six episodes, Warwick and his wife Sam, kids Annabelle and Harrison and dog Sherlock explore the British Isles investigating what makes a quintessential British holiday. Warwick also tries to convince them of the benefits of holidaying near home. The Davis family visit some of Britain's most famous holiday spots, camping, caravanning or staying in their campervan. As well as showing some of the great destinations the UK has to offer, the series is also an amusing insight into how families behave on holiday. 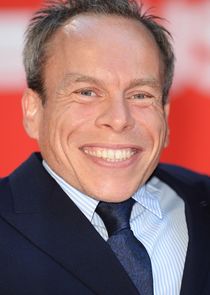