The Fight Game with Jim Lampley will be a provocative, engaging and informative experience that delves into intriguing storylines, newsmakers and issues that are top-of-mind in boxing. Jim Lampley is one of America's most accomplished broadcasters. He serves as the host and blow-by-blow announcer on all "World Championship Boxing®" and HBO Pay-Per-View® productions. In 1988 Lampley joined HBO Sports for boxing and Wimbledon coverage. In 1995, he added reporting on HBO's sports magazine series "Real Sports With Bryant Gumbel," for which he won two Emmy® Awards for Outstanding Sports Journalism, along with a third Emmy® for writing on HBO's Wimbledon coverage. He has covered a record-setting 14 Olympic broadcast assignments over his professional career. Lampley also served as an executive producer of the Peter Berg cinema vérité series "On Freddie Roach," which completed its critically acclaimed run in February on HBO. 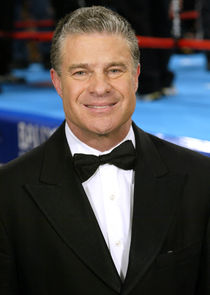