Veteran TV journalist Maury Povich -- yes, he began his TV career as a news anchor -- tackles volatile issues with his guests and studio audience on this daily, hourlong talk show. Known widely for offering guests the chance to take DNA tests to prove or disprove paternity -- usually with guests breaking out in tears of joy or sorrow -- Povich's show also frequently utilizes lie-detector tests. Cheaters and out-of-control teens are often featured on the show, and episodes occasionally focus on outrageous moments that have been captured on video.

Takia says that the mystery of her brother Roy's ex's baby has gone on too long; Alfredo denies one of Tamara's children because he didn't get a feeling that she was pregnant, when she conceived; Jason says that he can't be a father, for medical reas… 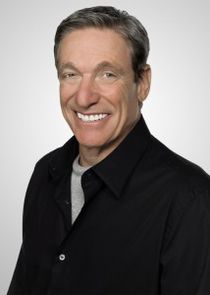