Step inside the van and get whisked away by H. Jon Benjamin and his investigative news team in Comedy Central's new half-hour scripted series, Jon Benjamin Has a Van, as they journey to the heart of America, the streets of New York, foreign lands, even the depths of space, delivering reports in an innovative style unique to the show. Emmy(R)-nominated Benjamin ("Archer," "Bob's Burgers") takes viewers on the ride of their lives in this inventive, irreverent fake news magazine/narrative show that will air Wednesdays at 10:30 p.m.

After visiting a church that believes Jesus Christ smoked a pipe (and Metallica's guitarist owns one of them) Jon takes up smoking. He joins in with a gang of smokers which leads him to fall in love with a woman who speaks only french (and he likes t… 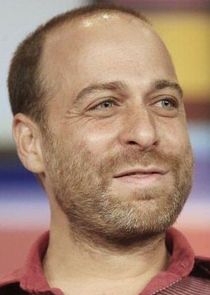