The game is simple but the stakes are red hot. Each episode features talented chefs going head-to-head in culinary showdowns over four possible rounds. Each round will have a blind taste-test judged by the Inferno's panel of judges to determine which dish is best. If the competing chef is victorious, they have the chance to move up to the next level, with each round advancement growing in difficulty as they bring the skills of a new culinary talent to battle against. The contestants also face a pivotal choice: take the money and run, or risk it all for a chance to reach the final round and win up to $25,000, all in front of a studio audience. If they lose, they will watch their winnings go up in smoke and leave with nothing. Can these chefs cook their way through four rounds in this blazing competition for the ultimate prize?

In the season 1 finale, a gourmet dish featuring canned tuna as the main ingredient and an outrageous dessert pizza are prepared, in hopes of winning $25,000. 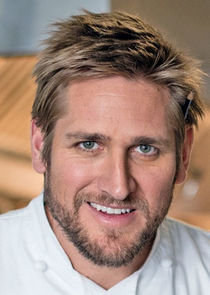