The final male and female challengers will be declared Challenge champions by the end of the season, winning $100,000 each in prize money and their entry into the first ever The Challenge: Global Championship, where they will represent Australia in hopes to be the first ever Challenge World Champion.

With old rivalries, new alliances, messy exes, and fractured friendships to navigate, who has what it takes to go down in reality television history, as Australia's first Challenge Champion?

The Challengers battle it out for their share of $200,000 and the title of Challenge Champion. Who will have the strength, stamina, and smarts to survive the grueling Final and take home the crown? 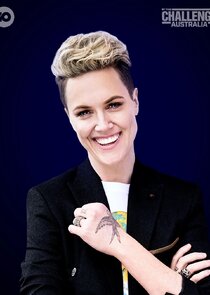