The Northern Territory is filled with stunning scenery, behind the picturesque scenery is the drama that comes with any capital city – and at the centre of all the action is the Darwin police force, the heart and soul of Territory Cops.

Located on the colourful Mitchell Street strip and arguably the busiest of all the stations in the Northern Territory, the Darwin team on any given day can tackle anything from assault to homicide, theft, missing people, crocodile attacks, drug trafficking and organised crime.

Each episode focuses on three major storylines, using the latest in camera technology to follow the hard-working police as they face head-on the vast array of incidents that can occur at any time of the day or night.

Viewers will also get to know a core team from Darwin's police headquarters – the real people behind the uniforms, who put their lives on the line every day one of Australia's largest region.

Detectives are at the scene of a serious crash that has one woman critically injured. It appears the cause of the crash is a handbrake pulled at speed, but who pulled it? 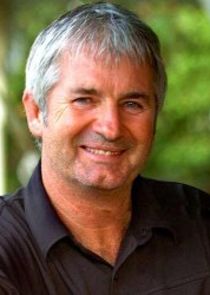