Mr. Benn is a character created by David McKee who appears in several children's books, and an animated television series of the same name originally transmitted by the BBC in 1971 and 1972. McKee wrote and animated (with Ian Lawless) thirteen Mr. Benn episodes for the BBC in the early 1970s. These episodes were repeated many times over the years, and many people retain fond memories of him. The episodes were narrated by Ray Brooks. The music is credited as composed by Don Warren, which was a pseudonym for Duncan Lamont.

Mr Benn is transported to Ancient Rome, where he meets his friend Smasher Lagru. But he has forgotten that prisoners are made to fight gladiators in the arena, and those who aren't beaten will end up facing the lions. 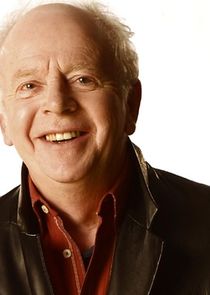