Branded followed the life of Jason McCord, former Captain in the U.S. Cavalry. Court martialled for cowardice under fire during the Battle of Bitter Creek from which McCord was the only survivor, McCord knows he is innocent but refuses to pin the blame where it belongs, his commanding officer, General Reed, who died in the battle.

Jason takes in the 11-year-old daughter of a bank robber that he killed, but her father's fellow robbers will do anything to get back. 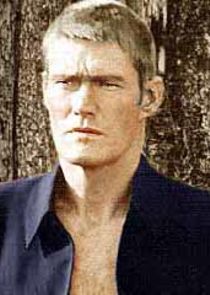