Lindsay is an American docuseries that documents actress Lindsay Lohan's rehabilitation recovery and work following a public period of struggles in her personal life and career. The series premiered on March 9, 2014 on the Oprah Winfrey Network, and concluded on April 20, 2014. Premiere ratings were described as "modest" and then dropped, while critical reception was mixed. 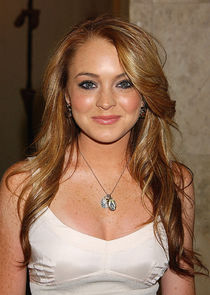