CNN Tonight is a newscast hosted by Don Lemon on CNN now called CNN Tonight with Don Lemon and broadcast around the world by CNN International, which debuted on April 15, 2014 in the 9:00 PM ET to 10:00 PM ET, timeslot as a replacement for Piers Morgan Live following its cancellation. In late May 2014, the show moved to its permanent home airing Monday through Thursday at 10:00 PM ET to 11:00 PM ET and Friday at 9:00 PM ET to 10:00 PM ET. The current iteration of the show features Lemon providing provocative commentary to the stories of the day joined by guests and commentators.

A program of the same name aired on CNN in the spring of 1985, as a replacement for Sandi Freeman until Larry King Live premiered. Another program of the same name debuted in 2001 with Bill Hemmer as anchor, but it was cancelled the same year. In 2010 another show with the name became an interim replacement for Lou Dobbs Tonight, following Lou Dobbs' resignation from the network on November 11, 2009. 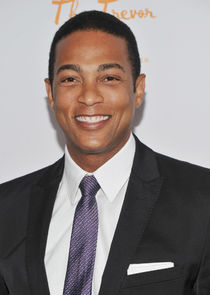