Journalist Imran Garda, who has reported from more than a dozen countries in his news career, hosts this weekly current affairs series that explores issues that affect Americans. He leads a three-person panel in a moderated debate that digs more deeply into issues than other shows do. Third Rail also features reports from correspondents stationed around the world, including a behind-the-scenes look at those reports. The panel discussions and correspondents' reports are all intended to help viewers understand issues and news stories. 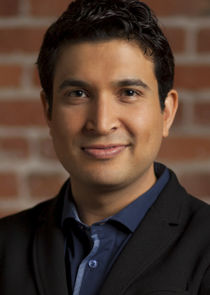