Oliver's Twist is a television series featuring chef Jamie Oliver, the name of the programme is a pun on the title of Charles Dickens' novel Oliver Twist. Following the popularity of his first TV series, The Naked Chef, he began producing Oliver's Twist to be aired outside the UK. The show became a success, being aired in over 70 countries and helping to establish Oliver's global popularity.

Picnic in the Park 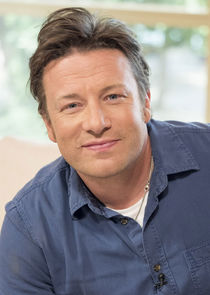