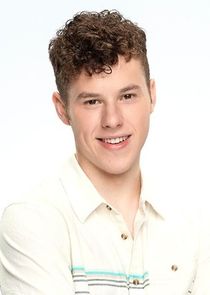 Much like his two older sisters, Haley and Alex, Luke Dunphy marches to the beat of his own drum. It's an offbeat rhythm to say the least. Sometimes Luke gets his head stuck in the banister, other times he jumps around in the trampoline while in his underwear with a box on his head. Told ya he was offbeat. Guess that's why he gets along so well with his dad Phil.

Luke epitomizes the innocence of youth. He'd always been the cute one until nemesis Lily came into the picture. That's cool. Luke adjusts by seeking "bad boy" status after taking an extremely slow joyride down the block with Manny. He's also not opposed to accepting awards for putting out fires that he starts. Luke is growing up fast, but he'll never lose that innocence as long as his sisters continue to relive those old dress-up days when they put lipstick on him as part of his transformation into family favorite Betty Luke.