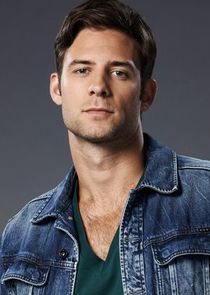 Sexy, flirtatious, and gregarious, Nick, the cad of the bunch, uses his charming traits to his advantage. Rocked by the tragic death of his father Antonio, Season 2, sees Nick growing into the position of Pack Consigliere (advisor). Even with the added responsibility, he still finds time sow his wild oats - at least until he meets the cunning and magical witch Paige. With Paige, Nick may have finally met his match, both in combat and in romance.