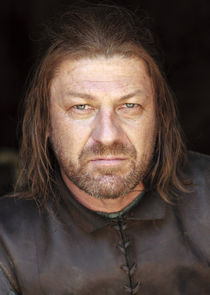 Eddard Stark, also affectionately called "Ned", is the head of House Stark, Lord of Winterfell, and Warden of the North. He is a close friend to King Robert Baratheon, whom he was raised with and helped to win the Iron Throne, and is eventually named Robert's Hand of the King.