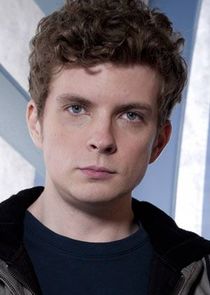 A wiry, good looking 17 year old kid, Alec is intelligent but always a bit on the outside. Like Kiera, he's always followed his own drummer. His father was a genius who made a lot of money creating all manners of technical wizardry.

It wasn't until his Dad passed away that Alec, feeling grief stricken and abandoned, opened up his father's old workshop. It was there, through his father's diagrams and devices that he slowly began to know the man and more importantly realize his own true path. Alec has all the potential to not only follow in his father's footsteps but, one day, surpass him. He just needs to believe in himself. But at what cost? Alec's unique knowledge of his own future will create a nagging self doubt within him. Can he choose his own path or is destiny already at play?"