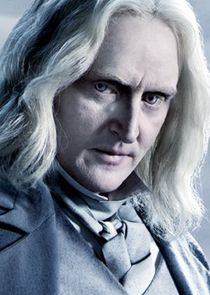 Datak Tarr is the primary figure in Defiance's underworld, running everything from gambling to weapons smuggling and organized crime. True to his Castithan ways, Datak is always on the lookout for opportunities that allow him to get his hooks into people so he can later manipulate them to his own ends.

Born into a lower caste on his homeworld, Datak found his way onto an Ark despite his low standing. There he met Stahma, who admired his instincts, and the two became husband and wife. Once they arrived in Defiance, he used brute force and wits to establish a powerful business interest in the town. More than anything, Datak desires legitimacy and a better future for his family. Too bad his family doesn't always want him.