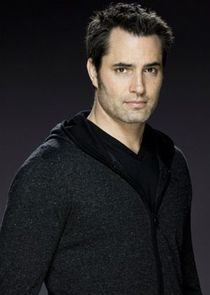 Carlos is a handsome, tough, smart and polished detective. If he weren't a dedicated and principled detective you'd have no problem imagining him as a successful businessman. He has an inherent charm and masculinity, a man's man with softness beneath that women find magnetic.

The son of immigrant parents, his mother fled the country after drug lords killed her husband. He knows what poverty and suffering looks like, he lived it, and he cannot stand the disparity between rich and poor. He approaches his work with a single-minded obsessive that is both strength and a weakness.

Carlos was married at a young age and was divorced soon after. His marriage made him wary of commitment. That's not to say he hasn't had his share of romantic entanglements.

He finds Kiera intriguing, even attractive. Stuffing down any feelings for her is made easier by her mysterious and murky cover story, the son and ex she says she doesn't live with, and the fact he just doesn't entirely trust her.