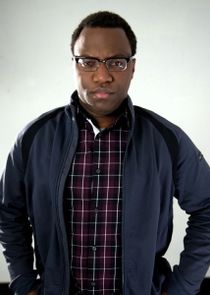 Smart, scientific and resourceful, Lucas is a conventional looking man, fit but not a warrior – he's also not a stereotypical techie either. He uses his intelligence and skill to make himself too indispensable to kill. It's a tenuous balance... one mistake and Travis could easily dispense with him.

Lucas worked in the early 2070's for Alec Sadler's SadTech. He was head of the temporal disruption division... chiefly responsible for aiding in the development of weapons that could bend time for military purposes. However when he realized that his work was being used for evil, he confronted Alec. Soon after, he was falsely accused of being a rebel and a traitor, a charge he could not refute. He was never told who had made the accusation and what evidence there was against him.

In fear for his life Lucas fled to the other side and joined the rebels. After siding with the rebels he developed a kinship with their ambitions and realized he had a greater chance to stop his work from being used misused with their help.
Having been a loner most of his life, the rebels gave Lucas a chance to feel like he belonged.