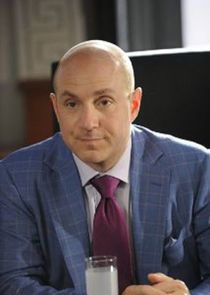 Inspector Dillon is a shrewd, old school cop. He's been around long enough to have seen pretty much everything. As a kid he was a boxer from the projects. He learned fast that quick fists are good but using his head is better. As a beat cop he became known as "no compromise Dillon" since he ended up arresting his own uncle who was operating an illegal betting shop. The law is the law, affiliations don't matter.

Despite his working class upbringing Dillon has managed to strike the ideal balance between everyman cop and playing the politics of the department. He's nobody's fool and calls things for how he sees them but he also knows how to bait a trap for the unprepared. Despite that he's an excellent motivator. The people who work for him respect him, fear him a little but ultimately know he's got their back.

If there's one thing Dillon can't stomach it's having his authority infringed on or people keeping him in the dark. That's why when external forces, such as the military or the government, impose situations on him or attempt to keep him from the truth he'll do everything in his power to push back. Never corner an old boxer.