Ronda Rousey is a former bantamweight champion and the first woman to be inducted in the UFC Hall of Fame. She's an actress, author, Olympian, WWE Raw Women's champion and, not to be outdone, she has a successful YouTube channel as well. Wings have always been a part of Rowdy's post-fight celebratory feast, but how will the "Baddest on the Planet" fare against some of the hottest wings on Earth? Find out how this sustainable ranch owner and judoka takes on the rounds of spice while answering questions about her love of ‘Dragon Ball Z,' perfect arm bar technique, her days of working at Home Depot, and the appeal of World of Warcraft. Rousey, hands down, has the most efficient and effective wing-eating technique that we have ever seen on Hot Ones, but will the champion tap out or will she take down the lineup? 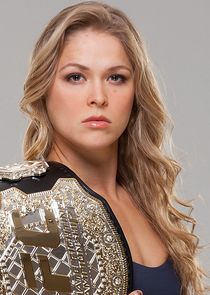