Historian David Olusoga finds out about Britain's Forgotten Slave Owners and, as he forensically examines the compensation records, he learns about the surprising range of people who owned slaves. This illuminating two-part series reveals the forgotten price of the abolition of slavery and how its lasting impact has affected British society. In 1833 Britain abolished slavery, a defining and celebrated moment in history. But it came at a price. Forty percent of the country's financial budget - £16.5 billion in today's money - was used to compensate the former slave owners. Exploring this extraordinary step taken by the British government, this series uses meticulously detailed records of the compensation to reveal the sheer scale of slavery across all social classes. At the same time, it also examines the political storm that surrounded abolition and emancipation - the 25 years of bitter argument that eventually led to compensation. The mass injection of cash that followed fundamentally changed British society - financially, politically, commercially, and culturally. Britain's Forgotten Slave Owners offers a fascinating, in-depth look at a key moment in British history - a time of great change that continues to be felt today.

The Price of Freedom

Historian David Olusoga continues his examination of Britain's forgotten slave owners. In this episode, David explores how in 1834 the government arrived at the extraordinary decision to compensate the slave-owners with the equivalent of £17 billion… 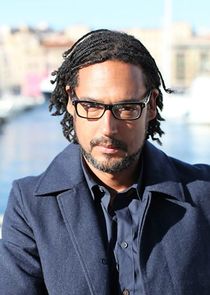