Spider-Man (1994) tells the story of a 19-year-old Peter Parker in his first year at Empire State University, and his alter-ego Spider-Man. The show features Spider-Man's classic villains, including the Kingpin, the Green Goblin, the Lizard, the Scorpion, Doctor Octopus, Mysterio, the Rhino, the Shocker, The Vulture and the Chameleon, as well as more recent villains such as Venom, Carnage and the Hobgoblin.

In the last episode of the series, Spider-Carnage uses the time-dilation accelerator to construct a disintegration dimensional portal in an attempt to destroy all of reality. To stop him, the Beyonder sends Spider-Man to the Armored Spider-Man realit… 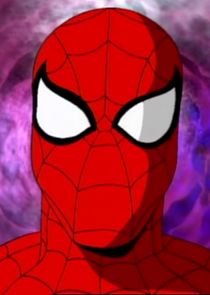