Desean Jackson: Home Team (formally known as The DeSean Jackson Project) is a docu-series that follows the life of NFL player, music artist, film producer, fashion label owner, music producer and label owner DeSean Jackson. Washington Redskins' wide receiver DeSean Jackson is literally at the top of his game as one of the most talked about and watched players in the NFL today. While being watched is a great thing, it means eyes are always on him– waiting for him to score touchdowns and waiting for him to drop the ball off the field. Even though he has the money and the fame, DeSean depends on the guidance of a core group of women including his "momager" Gayle, his sister and assistant A'Dreea, his publicist and his new girlfriend, Kayla.

DeSean is forced to confront a deep family loss. DeSean and A'Dreea have a heart to heart with Gayle about trying to date again. 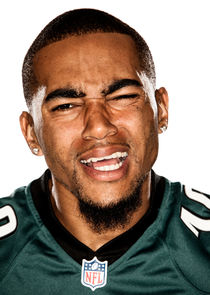