Jeff & Some Aliens follows Jeff -- Earth's most average guy -- and the three aliens who share his lousy one-bedroom apartment. They've been sent to Earth to observe the intricate complexities of the human condition, but instead they just wreak havoc on Jeff's life. Featuring the voices of Brett Gelman, Alessandro Minoli and more, Jeff & Some Aliens began as a series of animated shorts on TripTank.

The aliens help Jeff find his soulmate using simulations with miniature clones, but things go bad when one of them escapes into the real world. 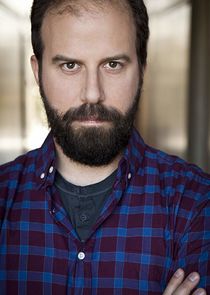