The CNN Original Series The Hunt with John Walsh, produced by Zero Point Featuring Walsh, a passionate victim's rights activist, television personality and a spokesperson for the National Center for Missing & Exploited Children, The Hunt will expose stories of ongoing criminal investigations of fugitives, expand the search internationally, and employ the documentary, visual style of the Peabody and Emmy award winning ZPZ.

Through interviews with victims, loved ones and law enforcement, coupled with new leads, The Hunt will provide the public with salient information to facilitate the capture of fugitives profiled in the series. The July 13 series premiere episode "Shane Miller," tells the story of Miller's wife Sandy and daughters Shelby (age eight) and Shasta (age five), who were murdered in their Northern California home in May 2013, following accusations of habitual abuse. Sandy's husband Shane Miller, a convicted felon and the only suspect in the case, is currently on the U.S. Marshal's most wanted list.

Viewers are invited to follow, engage and interact on Twitter (@CNNOrigSeries) and at Facebook.com/TheHuntCNN. Additionally, users can access original videos of Walsh, learn more about the fugitives through case profiles, mugshots, evidence photos, maps of their most recent locations, and artist renderings at CNN.com/TheHunt.

An eccentric young father murders his own parents in a haze of rage and drug-addiction then abandons his own child and flees into the American South. 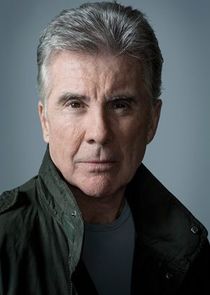