When Tom Snyder announced he was leaving The Late Late Show, the show was reformatted to resemble Letterman and other major late-night talk programs. Craig Kilborn took over in March 1999, having left The Daily Show to become the new Late Late Show host (previously he was an anchor on ESPN's SportsCenter). When Kilborn was on the show, it began with an image of a full moon wavering behind gray stratus clouds, to the tuning of an orchestra, while the announcer—the recorded, modulated voice of Kilborn himself—blurted out, "From the gorgeous, gorgeous Hollywood Hills in sunny California, it's your Late Late Show with Craig Kilborn. Tonight," and then the guests were announced, backed by the show's theme song, composed by Neil Finn. Then Kilborn was presented, "Ladies and gentlemen, *pause* Mister Craig Kilborn", with the 1970s disco band Wild Cherry song "Play That Funky Music". 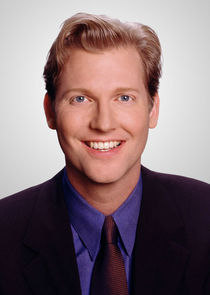