Harbor Command is an American police series that was syndicated from October 11, 1957, to July 4, 1958. The series stars Wendell Corey as Captain Ralph Baxter, an officer of the Harbor Police of a large coastal city (the city is unnamed, but much of the series was filmed in San Francisco and San Diego). The series was produced by Ziv Television Programs, with the assistance of the law enforcement arms of Harbor and Port Authorities across the country. 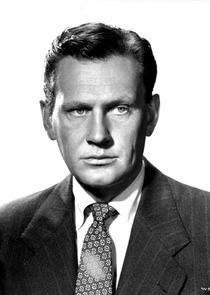